Speaking on the occasion, Mr. Paswan applauded the plant and projects team for rebuilding the battery ahead of schedule. He also expressed his satisfaction at the high level of automation as well as environment-friendly technology incorporated in this battery. Mr R.S. Pandey described the occasion as a significant landmark in Bokaro Steel Plant's journey of modernisation and expansion and urged the plant collective to take its performance beyond capacity. SAIL Chairman Mr. S.K . Roongta congratulated the Bokaro collective and MP Mr. Dubey appreciated the efforts of the Bokaro steelmen.

Welcoming the dignitaries, Bokaro Steel Plant MD Mr. V.K. Srivastava spelt out the special features of this battery. Rebuilt faster than the previous benchmark of the company at a cost of around Rs. 180 crore, the battery boasts of zero-emission due to special oven door designs and other features.

Computer-based level-II automation helps optimise the scheduling of the entire regimen of charging, heating and pushing. The laser-based oven-pusher alignment system makes for more accurate operations, while the quenching system is designed to conserve water. A number of agencies were involved in the rebuilding and commissioning, with inhouse consultancy provided by SAIL's Centre for Engineering & Technology, Ranchi.

Earlier, during his Bokaro sojourn, Mr. Paswan visited Bokaro Steel Kalyan Vidyalaya - a school dedicated to providing free education, study material, school uniforms and midday meal to children from the economically backward section of society. He interacted with the top management of the plant at Bokaro Niwas, discussing performance in various areas and future plans. He also met mediapersons at Bokaro Niwas, answering their queries on a range of issues and sharing his ideas about the future of the domestic steel industry. 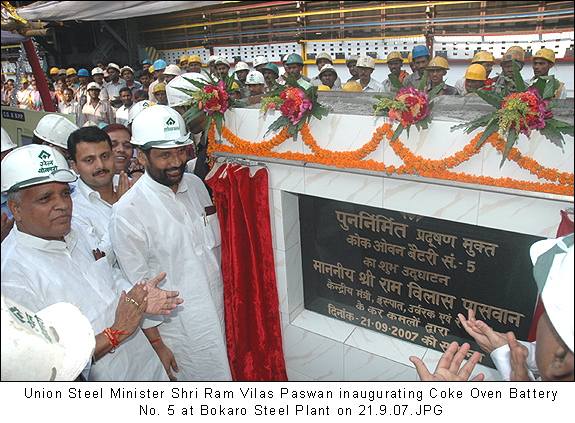 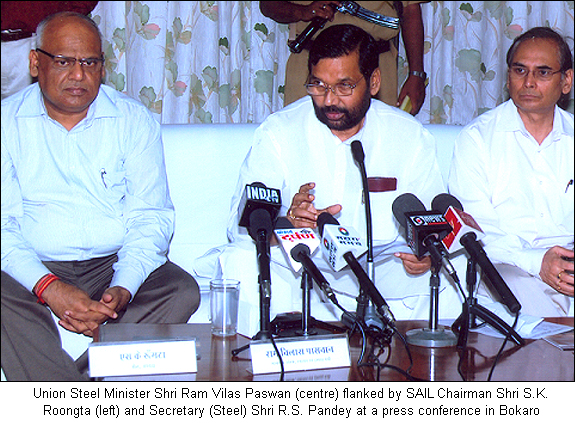